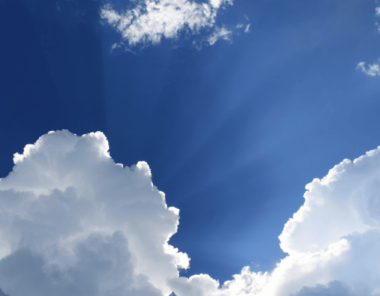 Picture in your mind’s eye the Tower of London. Designed as the centre of English military power in an age when swords were still considered cutting-edge, it’s protected by a very high, very thick wall. Now look west down the Thames to the MI6 building. A thousand years on, it’s the centre of a very different kind of military power: espionage. Its most valuable assets aren’t inside the building. They’re out in the field. For those agents, security needs to be right next to them. It needs to protect them and their most valuable assets – their intelligence, their team’s mission.

For IT managers in mid-market organisations, that’s the kind of cyber security protection they require. Agile, everywhere – going where their assets go.

Don’t use a brick to do a gadget’s job

Most traditional cyber security solutions were designed to be like the Tower of London – great big digital walls stopping unwanted guests from getting inside the organisation’s perimeter. With the ever-accelerating shift to the cloud, however, that approach has become woefully inadequate. Sensitive data doesn’t all sit on one server in company HQ – it’s flying around tens or even hundreds of cloud applications. Every user presents a vast array of entry points to a would-be attacker. Every email, web application, and cloud application is a potential weak point. Walls (and VPNs) just don’t cut it anymore. The perimeter is dead.

This state of affairs isn’t exactly new. Mid-market organisations have been going cloud-first – and needing cloud-first security – for over a decade. So, it’d be reasonable to assume that security vendors might have changed tack and gone cloud-first too, putting down the bricks and mortar and working on some Q-style gadgets.

Reasonable – but optimistic. In fact, the majority of cloud security solutions available to the mid-market are being retrofitted from traditional network-edge protection. That’s like telling Q he must protect James Bond on his next mission, but he can only build gadgets using materials he finds at a builder’s yard. Cybersecurity solutions that were primarily designed to protect the perimeter simply aren’t fit for purpose when it comes to cloud security. How could they be?

If the mid-market is to achieve enterprise-grade protection, it’s essential that the products they use are designed for the cloud. When protection sits next to the user, following them wherever they digitally go, the results are dramatically improved. And by the same token, companies who continue to use outdated solutions to address complex cloud-based threats carry a much higher risk to their data, business, and reputation.

By implementing cloud-first security solutions, mid-market firms without large IT teams can gain the confidence and control they need. It’s important to note, though, that simply scaling up a network-edge approach across your cloud presence isn’t enough. Rather than treating each user or application as a single, static target to be protected, companies need to be able to integrate attack data from across their IT landscape, pre-empting cross-channel attacks and responding to unexpected threat behaviours.

Although 90% of threats start via email, it’s not enough to implement email security as a standalone, because so many threats move immediately to the web and/or cloud channels. Indeed, 65% of state and criminal actors use multi-channel attack techniques. Email threats are often carefully designed to entice users into clicking on a link that takes them to a fake login page, or a file containing malicious content but stored in a legitimate cloud application like Dropbox or OneDrive. Once that link is clicked the attack progresses in the browser, where email security is largely left behind and web and cloud application security (CASB) kicks in. If the organisation doesn’t have email security integrated with web and CASB, then it can’t have end-to-end attack visibility. And without visibility, you simply don’t get effective protection. To better secure the whole environment, email security systems need to be able to effectively communicate threat intelligence gathered to web and cloud application security defences.

More broadly, can the organisation’s whole cyber security ecosystem adapt to new threats? Automated flows are highly effective against known attack types – but without autonomous, AI-driven cloud security solutions in place, it only takes one unexpected attack to compromise the organisation’s data. Intelligent integration between cloud-first solutions is key to a cybersecurity stance that truly works for today’s mid-market.

It’s not just the organisation’s data that’s at risk when companies use outmoded tech instead of cloud-first solutions. It’s the IT team’s reputation – and their peace of mind. When IT staff know that their organisation’s entire environment, from email, to web, to user identities, is protected by integrated, autonomous, cloud-first security, they can sleep easier.

Because when your assets and your attackers are constantly on the move – a big wall just doesn’t cut it.